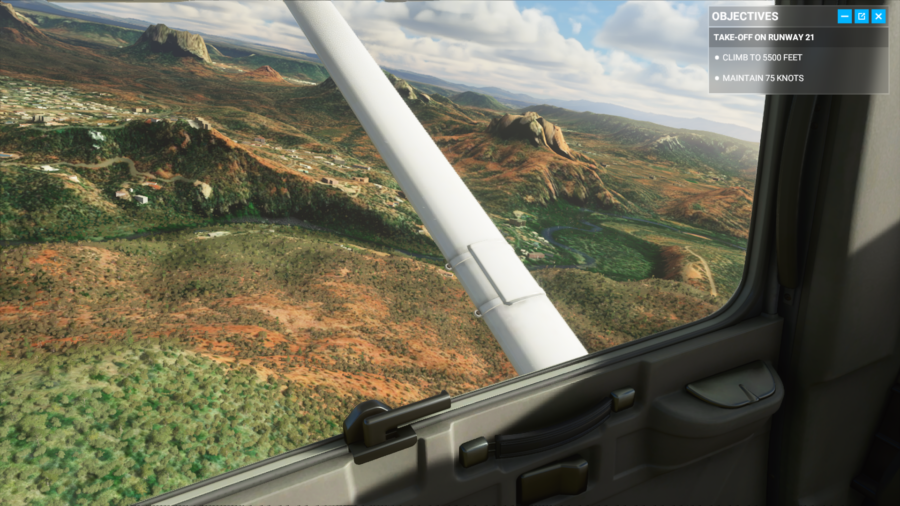 I’ve had FS2020 on my computer for a couple of weeks now. From the beginning, I knew that my experience was unlikely to be optimal. In a way, it turned out to be better than expected. However, I decided to see if I could at least help it along a little until new hardware finds its way into my lap. So, my laptop received a RAM upgrade.

The first thing I did after closing up the case of my laptop was load FS2020 to check performance. First impression? Load times were shorter. In fact, the amount of time it took to load a flight seemed at times shorter than the time it took to get to the main menu from Windows Desktop.

At first, flight seemed unchanged but then on a whim, I pushed the settings back up to medium. It was, after all, what the game had recommended initially. I loaded up the game again and accidentally happened to leave the plane on the runway for a few minutes while stepping away from the computer.

When I came back, I took off. To my surprise, it was a lot smoother than before. Yes, there was still the occasional stutter but mostly, it just felt so much better. Could RAM really make such a difference?

I repeated the process with the same result. On the runway, I waited for a minute or so. I realized that once the propeller revolves smoothly, I should be good to go. The RAM upgrade had helped! Somehow.

At this point, I decided to start going through the game tutorials. I had held off on doing so until I could figure out acceptable settings. Again, I found the same thing. By waiting a minute or two after the game had loaded, it felt as if the computer had time to catch up with all the data. The flight was smooth (relative to what my computer can do) and, best of all, beautiful. Soaring over the landscape in the training mission gave me renewed hope that I might actually be able to properly enjoy this game.

Today, I decided to fly a short trip from one airport to another. Nothing major. It was a 20 minute flight all in all, but it showed me again that yes, I can enjoy FS2020, even with my limited hardware.

Next step: continue through the tutorials and then, it’s time to think about whether I want to buy this game outright or continue with the GamePass version.

Published in GamePass and Simulation