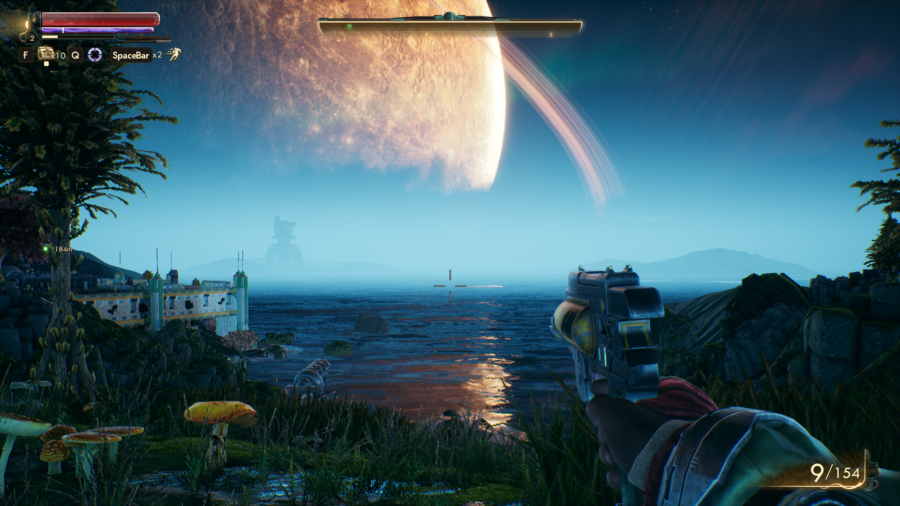 Exploring The Outer Worlds With Gamepass

When The Outer Worlds was released, it immediately blew up on my radar. I knew instantly it was a game I’d like and a game I had to try at some point. One of the more appealing aspects was the limited playtime. I might actually have the time to finish it without it taking years. I ultimately held off simply because I was unsure whether it would be worth it with my aging laptop.

A few weeks back, I subscribed to Xbox Gamepass for PC for a buck. I figured it would be a good way to try out the new Microsoft Flight Simulator and see whether or not it would be playable on my laptop. What I didn’t consider at the time was the fact that there are a lot of other games that are part of Gamepass. Just yesterday I realized The Outer Worlds was one of them.

I clicked install right away.

Today, I started it up for the first time. I left all graphics settings on the default setting (very high) and started a new game. I walked through the character creation process while also learning a bit of the background about the story. In a way, the beginning of the game actually reminded me of Subnautica.

Once I stepped out of my ship, a beautifully rendered world greeted me with no obvious slowdowns. I spent the next ten minutes going through the motions with the UI and controls before closing it down and heading out to dinner, then another thirty minutes later on to dive into the main quest. It was a short and sweet visit, but it answered one big question for me: it’s definitely playable.

That means there will be more of TOW in the immediate future.