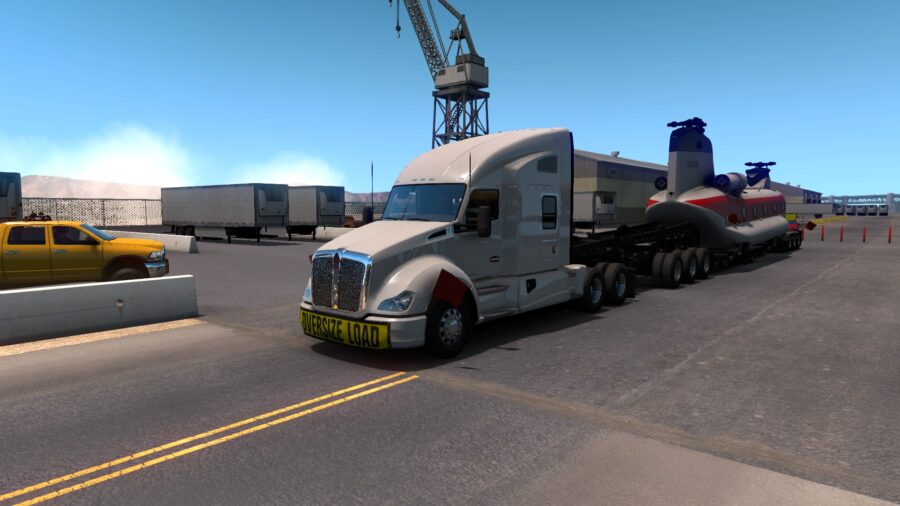 About a month or so ago, my hard drive failed. Although I’ve been able to recover a lot of data, my American Truck Simulator career progress, not so much. It wasn’t a cloud save. Silly me.

Now I find myself in an interesting situation. Where I once had an empire, I now don’t even have ten grand to my name. I’m a driver for hire, willing to take on any crappy job to get me to the point where I can buy a truck of my own.

It’s not all bad, of course. My first career was literally the first time I played ATS. I started a new career, and I went with it, learning on the go. I made a lot of mistakes that I’ve learned from and starting over, as frustrating as it can be, also gives me a chance to do it differently this time.

If, for some reason, you’re not aware of what American Truck Simulator is, you take on the role of a big rig driver in America, transporting goods throughout mostly the western states. As you drive, your skill increases and you can take on increasingly difficult jobs, you can hire your own drivers, buy trucks and trailers from various manufacturers. Basically, you can create your own trucking empire.

The best part of American Truck Simulator is that you get to travel the country, although virtually. It’s not a perfect recreation of the western United States but many of the landmarks of the included states are there. You can visit the Grand Canyon, for example. Sure, at a distance, but still. The game is also always growing, with more states being added every year. As I’m writing this, Idaho was just added with Utah coming along earlier this year. Colorado is getting close to release as well. With each new state come new jobs, new landmarks and so on.

Add to this a very active community, tons and tons of mods from maps to remakes of signs etc. and it’s a game that I go to primarily to relax. The only pressure you have in this game is on-time delivery, and for the most part, that’s not too much of an issue. I love cruising down one of the small county roads, enjoying the scenery. I love watching the rays of the sun as it rises above the mountains, or the sound of thunder as I make myself through a rainstorm. Yep, American Truck Simulator may sound like one of the most boring sims in the world, but it’s actually one of the best. It is why it has earned its permanent place on my hard drive with its sibling Euro Truck Simulator 2 (I’ll get into this one later).

Have you tried it?