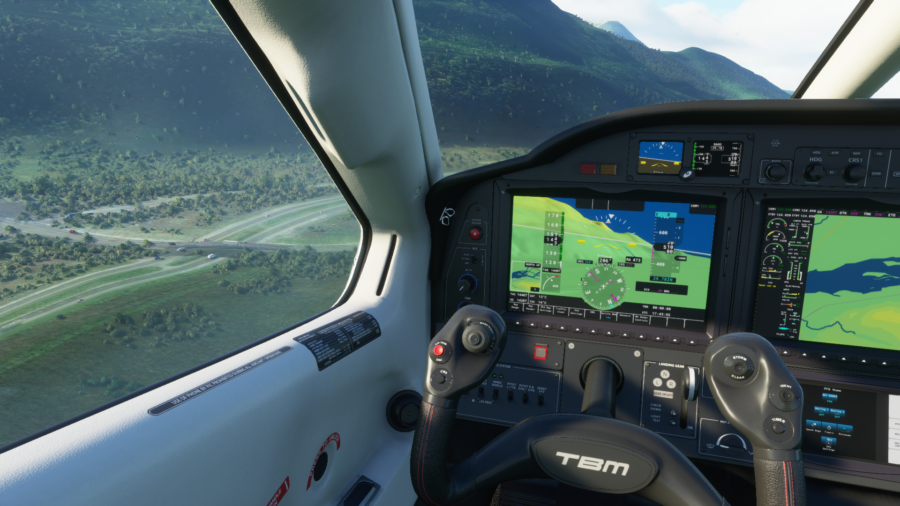 I’ve been a flight game fan since the day I started playing video games on the Commodore 64 back in the 80’s. As I graduated to the Amiga line of computers, I spent countless hours playing combat sims like Stealth Fighter and various other flight sims, flying across the world blowing bad guys to bits.

Because I didn’t spend any time on the PC platform, I essentially saw very little of Flight Simulator. I can’t even remember the first version that I actually tried. Over the last decade, Flight Simulator X and Flight Gear have been my go-to games, with X-Plane on my mobile devices.

When I saw Flight Simulator 2020 announced and saw the trailers, my jaw dropped, much like everyone elses. I couldn’t believe my eyes. As the months went on, it became increasingly clear that what I saw portrayed would likely not be my experience, if I had one at all. Still, I couldn’t help but wonder what it would be like to see the area around where I live from FS2020 and fly around the rest of Alaska and compare it to FSX.

I’m a gamer but my days of hard-core gaming for hours a day are far behind me. If I get a few hours a week, I’m lucky. The hardware I keep isn’t the greatest because I can’t justify buying new stuff every year to keep the latest and the greatest. Currently, I have a five-year-old laptop that I use for gaming. The GPU is a GeForce 960m. Yes, shocking, I know! How can I bear it in this day and age?

Honestly, it’s fine. I’m not the kind of person that needs to run a game on full specs at 4k and then whine when I don’t get 120fps. At my core, I’m a retro gamer. I’m used to yucky graphics (and I’m fine with it) as long as the overall experience is satisfying. If you approach it from that perspective, you can run pretty much everything. Most recently, I’ve been playing F1 2019 and Total War: Troy. In fact, I can play most of the games I want to play with no major issues as long as I’m fine with sacrificing the finer details.

Which brings me to the new Flight Simulator. When I saw the minimum requirements (I didn’t even bother with the recommended ones), I had a feeling I wouldn’t be seeing the exceptional new vistas of this game. I certainly would not spend $60 to buy it and download it just to see whether it would actually work. I was resigned to waiting.

But then I saw Xbox Game Pass, and that FS was included with this service. For those of you not familiar with Game Pass, it allows you to access and play 100+ games for a monthly fee. I think normally this is $10/month but yesterday I saw it for $1 for the first month, then $5 for each month after that (although since then, it’s been announced this is going up to $10).

Great news, right? This means I can actually try FS2020 for a buck and see if it works. Heck, I can play it for a month or two for six bucks before I have to take the plunge and decide I want to get it.

Last week, I did exactly this. I subscribed to Game Pass and spent the next six hours downloading and installing this beast.

When everything was installed and the game ran for the first time, the first thing I saw was the setup screen where FS2020 already gave me a recommended graphics setting based on my setup. To my surprise, it defaulted to medium. Ok? I found that hard to believe when I know I don’t even meet the minimum specs. But, I figured it was worth giving it a shot at the recommended specs and then go from there.

After strugging to setup my 15-year-old Sidewinder joystick, incidentally also a Microsoft product, I got the game going at 8pm at night. The sun was already setting, but otherwise it was a clear evening. I was immediately impressed with the quality of the cockpit and the surrounding landscapes. As I released the parking brake and rolled down the runway, I saw the city next to the airport lit up, illuminated by streetlights and parking lot lights, as well as lights from the individual driveways of the homes around the area. Within minutes I passed over my own subdivision and saw my own house!

It was awesome! Yes, the game stuttered, it wasn’t smooth but even on my old laptop, it was fantastic.

Was it playable? Well, I made it halfway to Anchorage before I ran into a mountain I couldn’t see. Yes, it was playable, although just. I couldn’t help but think whether playing with daylight would make a difference.

First, I’m turning down a bunch of effects that typically seem to tax my hardware, like antialiasing and various filters. We’ll see how that works.

Then, I’m going to try the LOW settings and see how that compares.

Ultimately, what I’m looking for is a playable experience. It doesn’t have to look awesome. For now, I’m encouraged that I can run this thing, we’ll see whether it’ll be good enough to actually purchase outright.