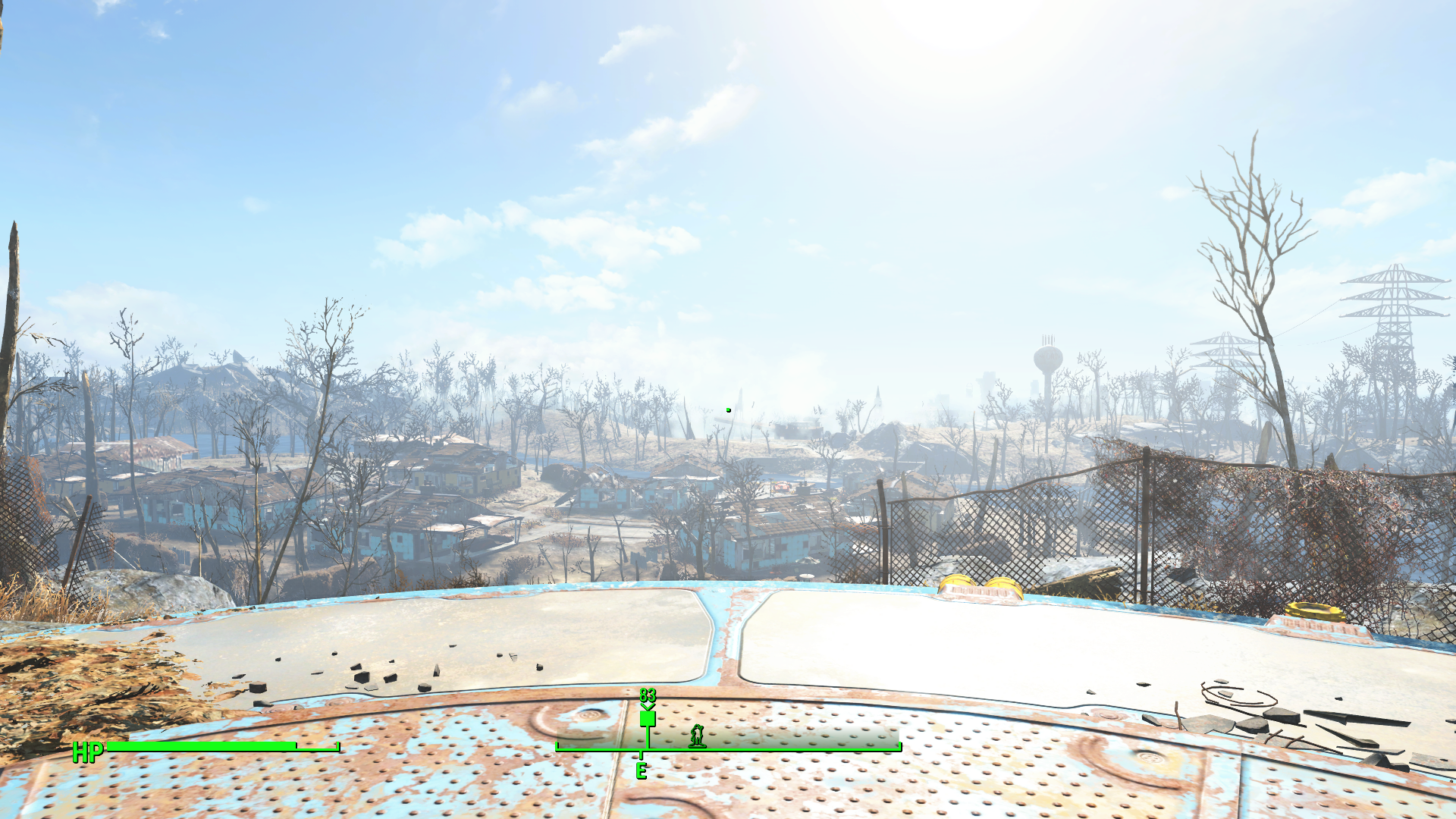 Visiting The Post-Apocalyptic World of Fallout 4

I own several Fallout games. I haven’t played a single one of them. No, it’s not for the lack of trying or wanting to. There’s just always been something else going on, some other series to play. Throughout the years, I’ve seen the relatively frequent sales on Steam for Fallout 3, New Vegas, Fallout 4 and so on. I’ve always been tempted to pull the trigger but it just never seemed like the right time.

I’ve come to realize that it never really is.

The other day, I finally broke down and just pulled the trigger on Fallout 4 GOTY edition. Yes, many will likely question that choice and point to other games in the series as better. That’s ok. There will be other times for those.

Last night, I was able to put in about an hour or so into the game last night. I honestly am kicking myself, wondering why I haven’t gotten into this game before.

One of my other side hobbies is writing sci-fi fiction. Some of it is out there in the wide universe on far away planets but some of the stories take place in various post-apocalyptic settings. Playing through the first hour of Fallout 4, I’m instantly inspired and draw into the story and the setting.

So far, the setting of the game is just striking. The whole vibe prior to the disaster compared to afterwards is striking. A beautiful world with colorful leaves, homes and so on, and the desolation encountered after exiting the vault 200 years later.

As I’m writing this, I’m already wanting to start the game over, just to see what happens if you tell the sales guy from the vault “no” instead of accepting. And yes, I’m sure many of you that read this already knows the answer to that. I don’t want to hear it.

Regardless, I’ve had a taste of the world of Fallout 4. I still have some of Control to work through, so I expect to get through that first before I dig deeper into Fallout 4. Or who knows. I’m easily sidetracked, after all.

Published in Gaming, PC and RPG