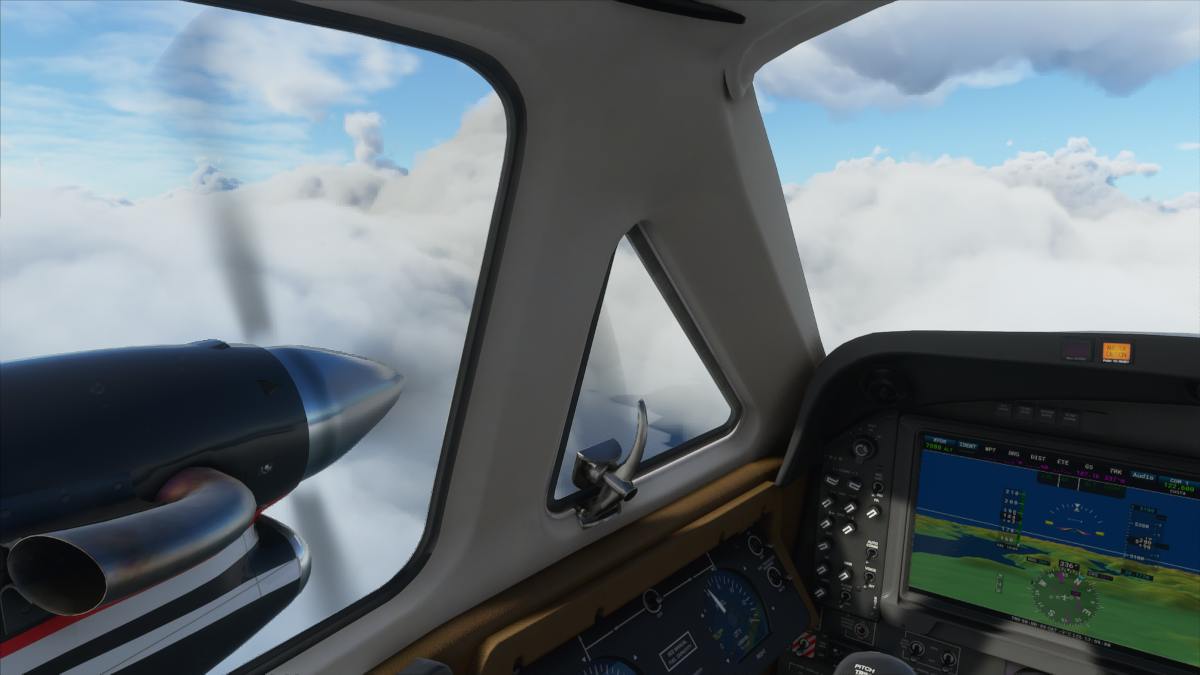 Since I made the decision to try Microsoft Flight Simulator 2020 back in September, I haven’t regretted the money I spent on the premium edition. Even though it was a bit touch and go starting out, one of the mid-September updates made such a huge difference that it solidified my decision to buy it. It seemed as if the developers were making the game work better and better even on older hardware. I was enjoying flying through hurricanes and storm, beneath low cloud layers and so on. Even on my limited hardware, the game worked very well.

It still does. If I go flying on a cloudless day, it’s perfect. It’s gorgeous. But, since one of the updates earlier in November (or was it end of October), the developer introduced an undocumented change related to how clouds are rendered. This has led to nonstop cloud flicker when available, regardless of resolution, regardless whether all graphic settings are turned to low or not. What was a very atmospheric game is not so much anymore. Don’t get me wrong. It’s still a good game, it’s just not as good.

Normally, I wouldn’t have an argument with that. Technology progresses and moves forward. Old technology will invariably be left behind as new technology takes its place. What really rubs me wrong about this whole issue are several things:

1. When I first installed the game, the recommended settings suggested by the game was medium settings. I would have expected low. But no, even with my old hardware, the recommendation was medium. I went with it and ultimately, because of optimizations only weeks later, it became a great experience. It felt as if Asobo, the developer, was optimizing the game even more to make it appealing to an even broader audience.

2. There are plenty of posts by others on the official forums with users that have the actual minimum requirement hardware and they have the same problem. Which leads to the question: if a set of minimum requirements are posted for a game, shouldn’t the expectation be that one should be able to run the game, at the very least on low settings?

3. Making such a significant change barely three months into the release of the game, after thousands of gamers have ponied up in some cases over $100 for the best edition feels a bit like bait and switch. We’ll take your money but we don’t care about what happens after that. That is unlikely how it actually is, but that’s how it feels to this gamer as one that was more than willing to pay for the best version of the game because I was able to check that it worked.

4. Although the game is playable without clouds, many of the custom landing scenarios depend on clouds to make them more fascinating. The excitement around these now fade considerably.

Since the update, my flights have been few and far between. As I said above, it’s still a good game but the excitement and the wonder Asobo brought even to lower spec hardware is gone. Frankly, it’s a terrible shame. Although FS2020 is not a perfect game, it was good, it was beautiful and that was enough. Now it’s just barely good.

If you’re interested in understanding more about the issue, you can check out the thread here in the official Flight Simulator forums.

Update: there seems to be some acknowledgment that the issue exists, which gives hope that it’ll be fixed. That doesn’t change that what happened shouldn’t have happened from a professional developer and publisher like Asobo and Microsoft.