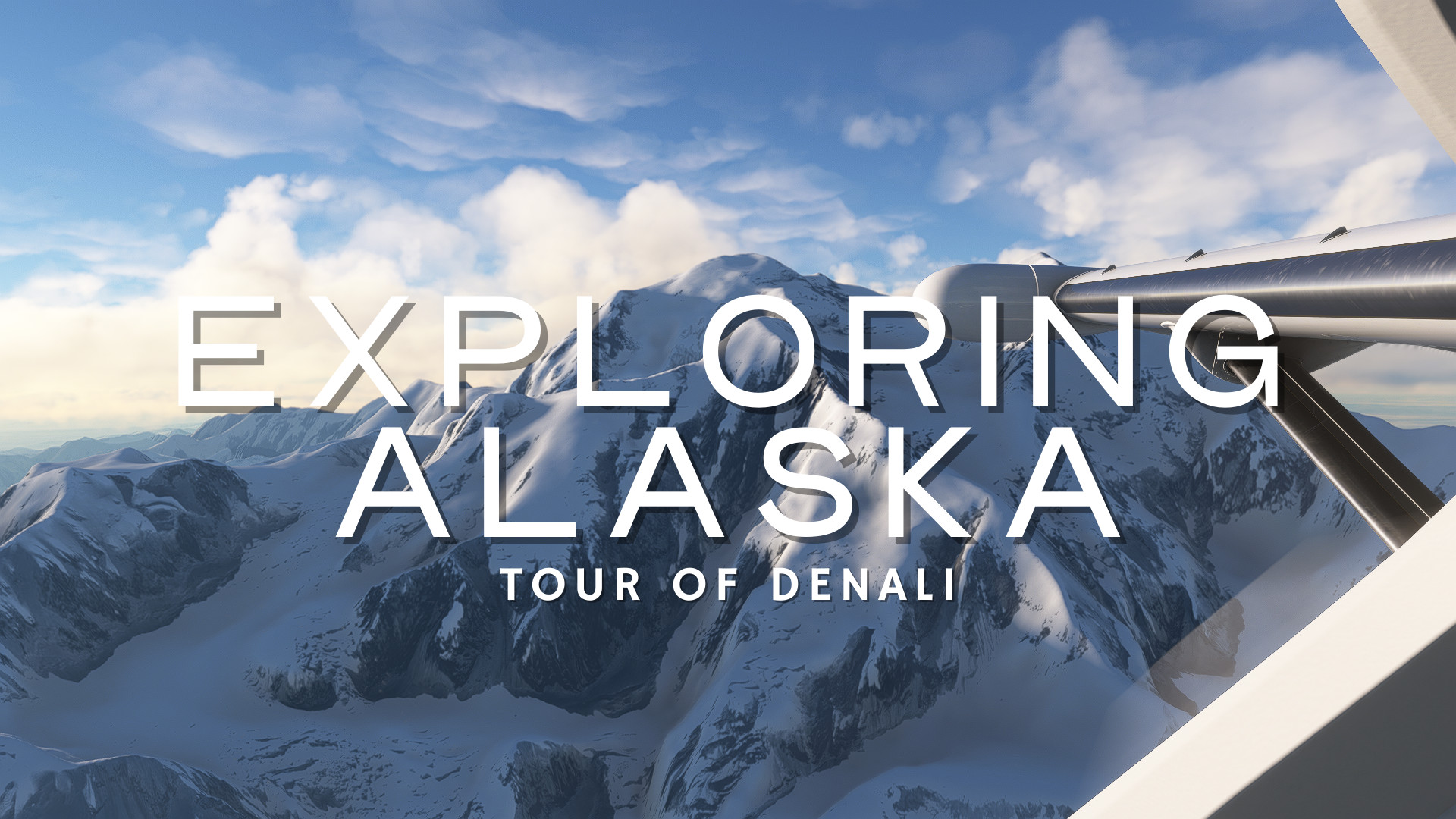 The idea with this trip was to record each leg of the trip and post it for others to share. Unfortunately, my hardware at the time was barely good enough to play the game well. I threw in the towel after half a dozen legs.

Now, however, I’ve decided to restart this journey this year. With a better computer in hand, I’m ready to embark on this journey again, exploring the State of Alaska.

The Tour of Denali is the first in this series. It’s a teaser of sorts, starting out with the tallest mountain in north America. It’s about an hour flight that begins and ends in Talkeetna, Alaska.

Most of the other flights in this series will be less than 45 minutes, with the aim to see Alaska, not fly the perfect flightplan from point A to B.

I’ll be using a variety of airplanes throughout this journey, but more often than not the Cessna 206. It’s a common bush plane in Alaska so it seems appropriate to fly it for this series.

You can find the Tour of Denali below. Follow the COG YouTube channel to get notified of the next flight!

Published in Gaming, PC and Simulation